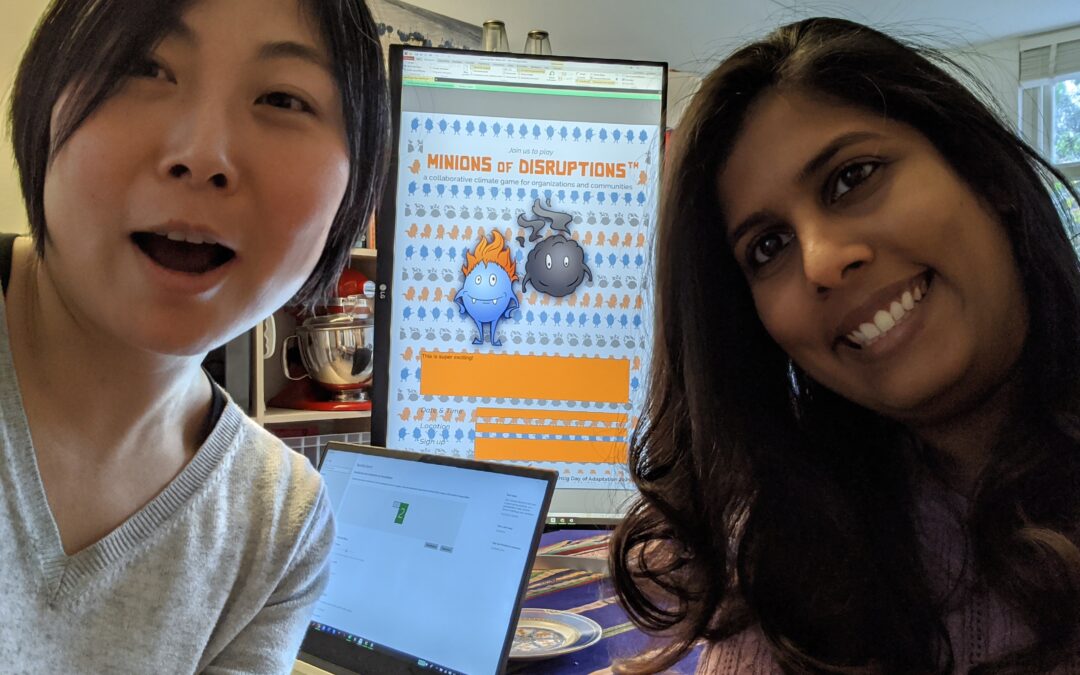 “When I met Shu and heard she was working on a game to encourage people to have more of a dialogue around climate change, it sounded like a fun way to express my creative side towards this topic.” – Kush Gueorguieva

Welcome to the first part of a series that introduces the team behind Day of Adaptation. We are fortunate to have many amazing individuals working with us, and want to shine the spotlight on their journeys and contributions!

The series is opened by Kush, a Day of Adaptation -veteran who has been with us for four years. Currently a Project Consultant involved in our Fundraising Campaign, Kush has seen it all. Today we get to hear how she got involved, what her high points have been, and what skills she’s hoping to learn in the future.

Can you briefly introduce yourself?

I am Kush, short for Koshanthia. I live with my husband in The Hague, where I moved four years ago. That’s when I met Shu, the founder of Day of Adaptation. Through meeting her and talking about what she was doing, I got involved with the organization.

What do you do other than work with DAYAD?

I run my own business as a massage therapist. It was a bit of a transition because when I moved to The Netherlands, I was supposed to continue my previous job as an air traffic controller. I enjoy my work as a massage therapist, but I’m considering doing another career switch in the future because I want to engage the analytical side of my brain more. 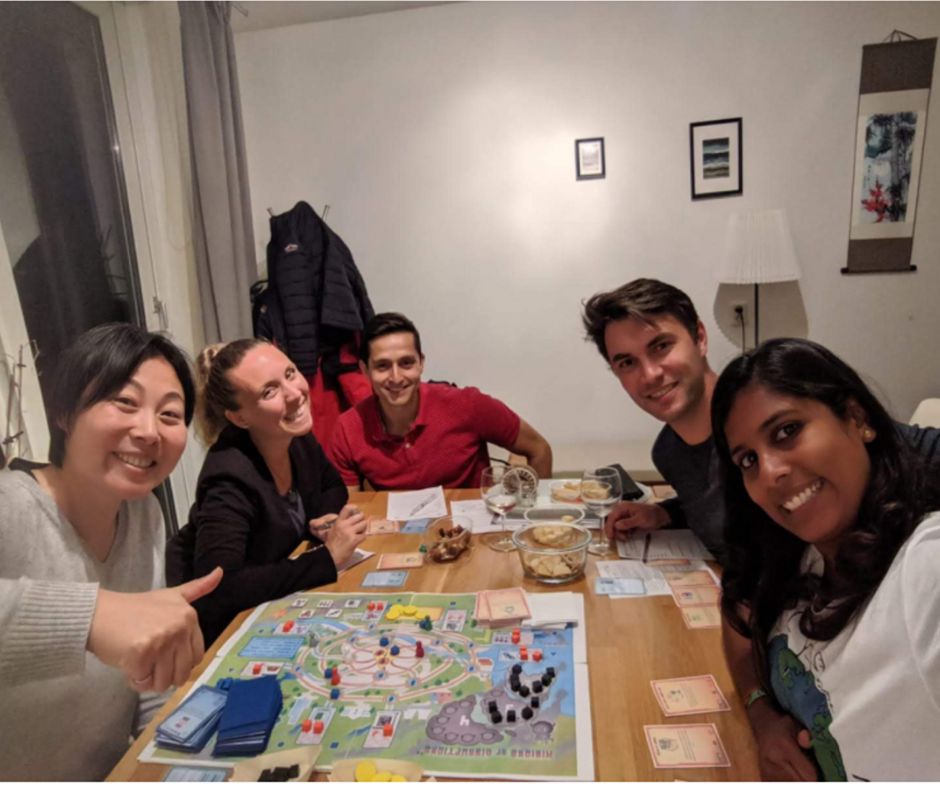 Game testing the Minions of Disruptions board game, with Kush on the front right.

What do you do with DAYAD?

I’ve been a part of loads of different projects in the last four years. I’m down as the “Project consultant” for DAYAD at the moment, but I think of myself more as a “Creative consultant” for different projects. The first project I joined was the game design, testing and launch for the Minions of Disruptions climate board game. I play a lot of board games in my free time, which is why I got involved.

After that I was running the Talent coordination cluster for about 2,5 years. The organization needed somebody for that role, but after some time I felt it wasn’t really for me. Meanwhile, I already found myself working on other projects like the “How to play” video we’ve made for the board game. And from that we made the next project, the “Who are we” pitch video.

I’ve also done some game facilitation both offline and online, joined our Dirt Day initiative, and participated in the project to adapt the board game to the Kenyan context with our partners. 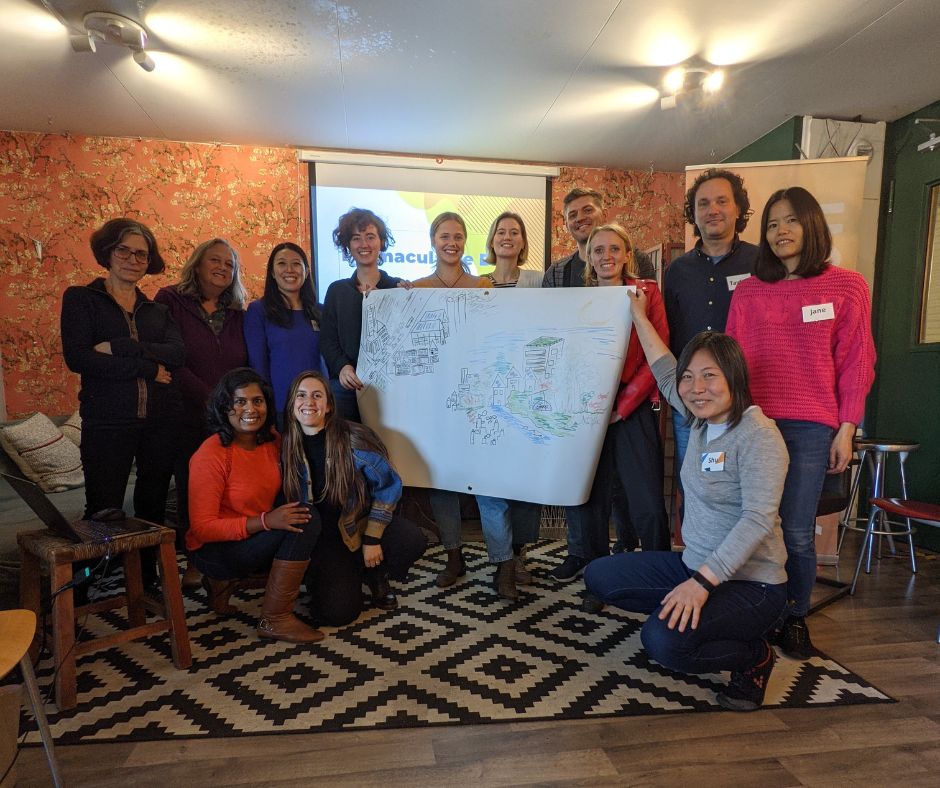 The DAYAD team together with participants in the Dirt Day initiative.

What got you interested in working on climate change issues?

I think I’ve always been interested in climate change in general. When I lived in South Africa, I had a big garden so I was able to grow a lot of my own organic herbs and fruit at home. I was also trying to collect grey water, and just making my house more sustainable in different ways. When I met Shu and heard she was working on this game to encourage people to have more of a dialogue around climate change, it sounded like a fun way to express my creative side towards this topic. 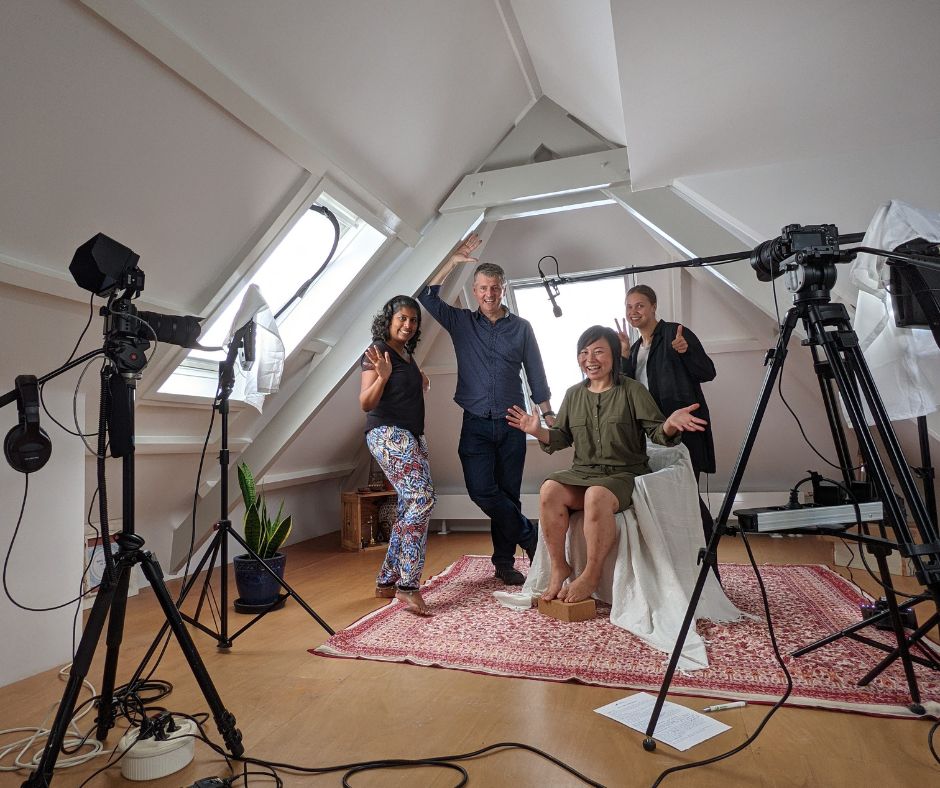 Behind the scenes of the Day of Adaptation “Who are we” video filming.

What was your biggest success at DAYAD so far?

I think the videos we made are the most successful. Especially the “How to play” video. Before the video came out, there used to be these cards that were in the game, that you had to read to get the instructions as you played. It used to take most people around 30 minutes to get going, so I think the video made that process much easier.

I think the video is especially successful because you would not believe how good it looks if you saw the circumstances under which we put it together. It was Covid times, so all the work prior to the actual video filming was done completely online. It was our first time working with a professional videographer, Ewan from Cameron AV Productions, and finding a venue was also its own challenge.

Not to mention all the people that were supposed to act in the video suddenly became unavailable the day before the filming! That’s how my husband George and I ended up in the video, even though we were not supposed to be in it.

Shooting the video was another story as well. We were in a bar, surrounded by crates of beer, and there was no space to move. There was a scene in the video where Shu came in to check on us, and we all just screamed at her to go away. There was so much tension.

Afterwards when seeing the final product, I thought Ewan was a miracle worker. I never expected it to look that good! 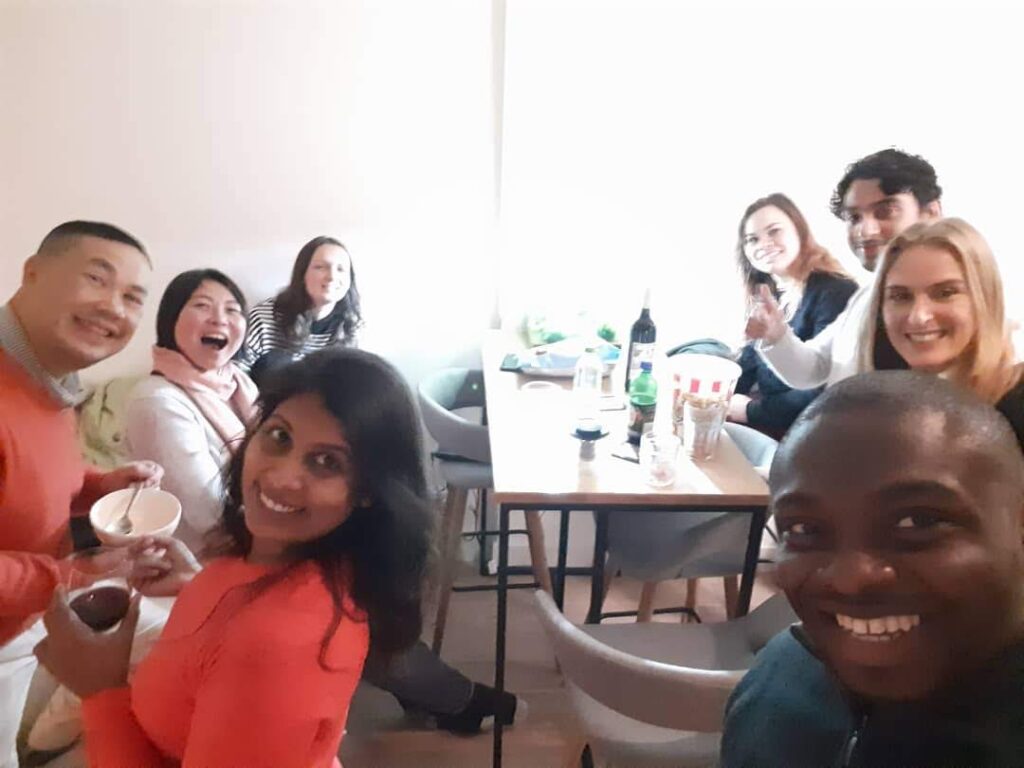 If you could learn a new skill, what would it be?

Recently I’ve been thinking of getting into something like coding, UX design or data analytics. I could just work from my computer wherever. I’ve been exploring different avenues, and I’m deciding which path to go down. I like creating things so I think I fall into the coding side of things more.

What is the perfect Sunday for you?

The perfect Sunday would have a late start, so I get to sleep in. I’d start with a big delicious brunch, and then maybe go to the beach. I love going to the beach – that’s why I live in The Hague.

Which activist (group) inspires you the most and why?

I can’t name just one, but I like the idea of working in the sphere of educational systems. Adults seem so caught up in their everyday lives that they don’t necessarily want to put in time to learn something new. Meanwhile with younger people, there’s so much more space for learning. So, if one works with them now, when they grow up, they’ll already have all the concepts for the important topics. When I was a kid, one of my friends’ mom used to work for UNICEF and I always really liked that idea. She used to show us all the stuff that she was doing when I was hanging out at my friend’s house, and that was great to see as a kid.

Do you think the work Kush has been doing with Day of Adaptation sounds interesting? Learn how you can get involved with our work to empower climate action!